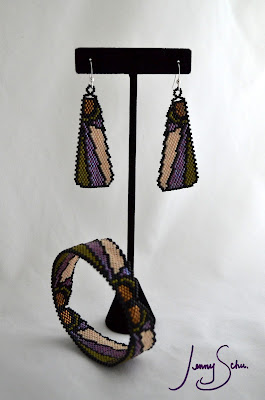 I got it done!  One last set for the Ann Arbor Fiberarts Guild show on Saturday. I showed a different color variation of this bangle at Fiber Feast last year and the woman modeling it ended up purchasing it. 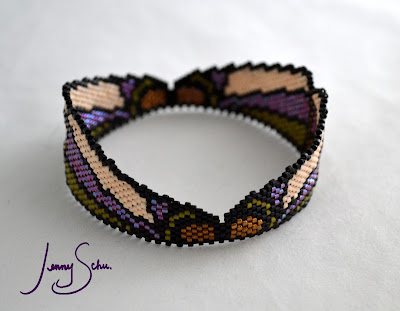 I'm really happy with this newer color variation which I have been able to wear once so far.  You can see it in the sale area of Fiber Feast this weekend! 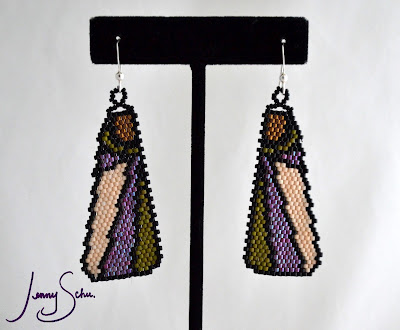 Small Deco Bangle and Earrings in Purples and Dark Green 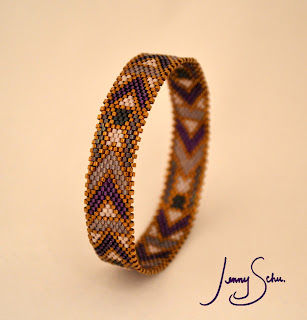 I'm having fun getting back into some of my art deco designs, the last of this style sold so quickly (and I made a smaller version for my mom for christmas) that I decided to make it in the purples/gold/neutrals I've been obsessed with lately. 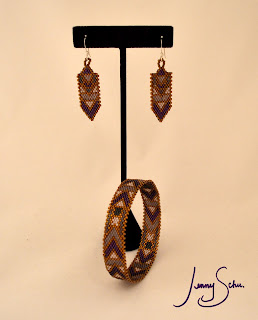 These are headed to the Ann Arbor Fiberarts Guild Fiber Feast this weekend where you can see all of my new stuff before it goes to galleries!  Tickets are still available too! 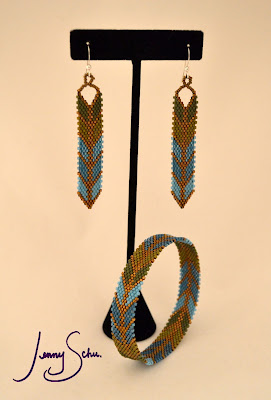 I decided to make a pair of earrings to match a dress that I wore this year to the Capital City Film Fesitval red carpet event this year. The bangle followed. 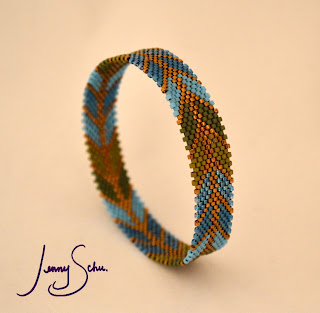 You can shop for both at the Ann Arbor Fiberarts Guild Fiber Feast this coming Saturday, April 22nd, 2017 at Washtenaw Community College. Tickets are still available (usually this show sells out). 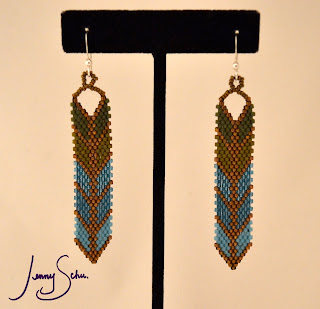 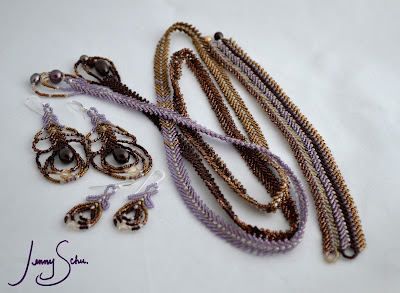 I feel like I've been working on finishing this lariat necklace for forever, I guess I've been busy with my day job, replacing a kitchen faucet and generally catching up on housework now that ski season is over. Today I'll throw in the towel and get my skis out of my car too.  Anyway, this set is finished and ready to head to the Ann Arbor Fiberart Guild's Fiber Feast at the end of April.  If it doesn't sell, it'll probably end up at Synchronicity or Higher Art Gallery. 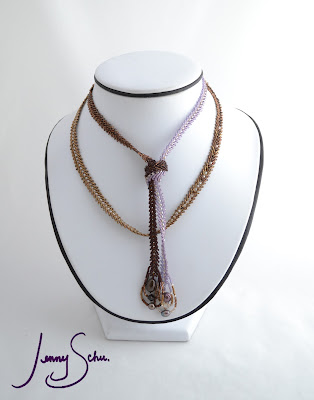 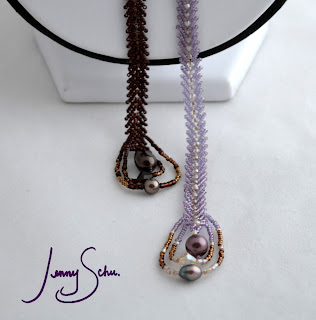 I'm still on a purple, gold and brown kick.  Even the next bangle I'm working on is the same colorway.  Usually I'm inspired by something else or am tired of looking at this color set, but it hasn't happened yet so I'm rolling with it.  I wanted to keep this lariat necklace simple at the ends because there's a lot of color change in the lariat itself.  I used swarovski pearls and crystals as accents. 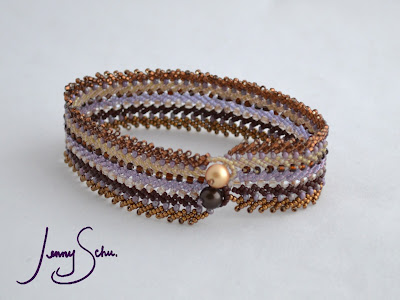 I think it's also important to point out that all of these pieces are just variations to the St. Petersburg Chain stitch.  I love how it looks and feels with tiny seed beads, so I keep coming back around to it. 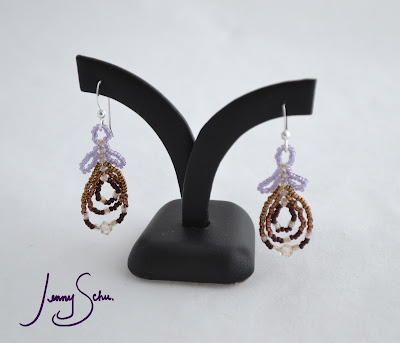 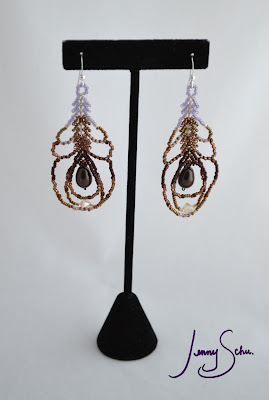 Larger chandelier earrings can be the bane of my existence.  The perfectionist in me is annoyed that the left earring is not hanging as well as the right, even though they're stitched the same.  They're best stored hanging so the thread can bear the weight and sort itself out.  I've worn them a number of times and gotten some really nice compliments so in the end, that's what matters. 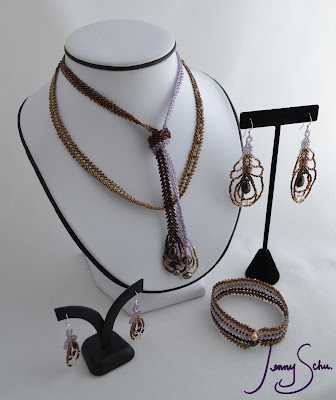 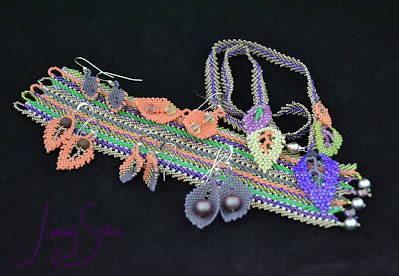