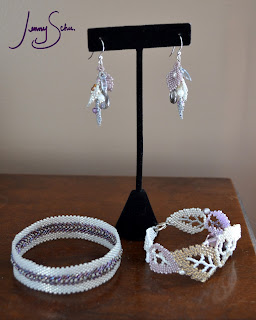 I don't know about you, but I've become somewhat addicted to Pinterest.  Instead of scanning my twitter feed in my down time (watching tv, standing in line at the grocery store...) I've been perusing colorful designs and patterns relating to nearly anything you can think of.  Sometimes, a color combination really haunts me as this outfit layout below did. 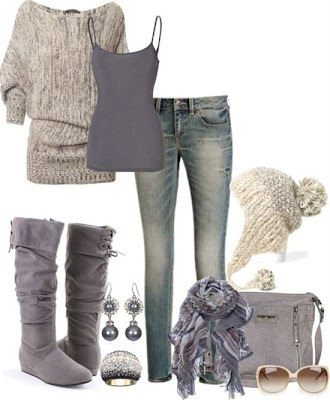 Gone are the days of rues like you're not supposed to wear white shoes after Labor Day, and fall/winter has been very accepting of pastels.  I love this lavender/oatmeal/grey/off-white look for some reason. So I picked up my little lavender beads and started making something to go with an outfit like this. 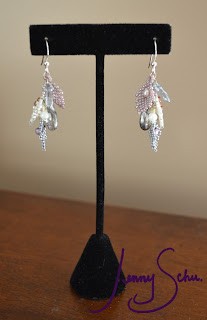 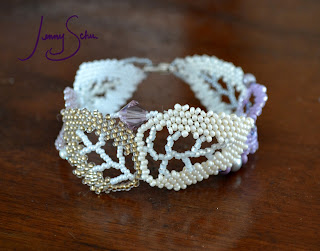 Leaf Bracelet $85
I finished the earrings and bracelet, but wanted something a little different.  So, an idea that's been rolling around in my head came to fruition. I sandwiched the St. Petersburg Chain stitch between two narrow bangles.  The tiny beads don't fit perfect in the middle, so it gives a pleasant little texture between the two smooth white pieces. 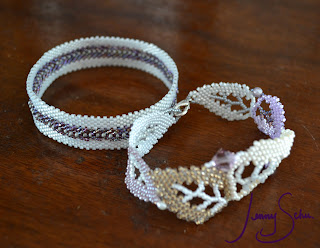 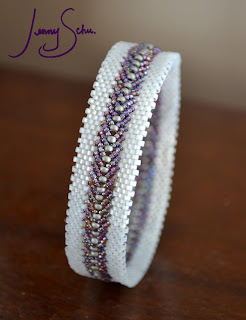 St. Petersburg Bangle $90
This new bangle style is a step off in a fun different direction.  If you've been following me on facebook, twitter or instagram, you've had a preview.  ﻿
﻿
at September 12, 2013

Three weeks ago my day job closed due to the COVID-19 outbreak.  I immdiately was nervous about Talbots reopening and money from artwork... 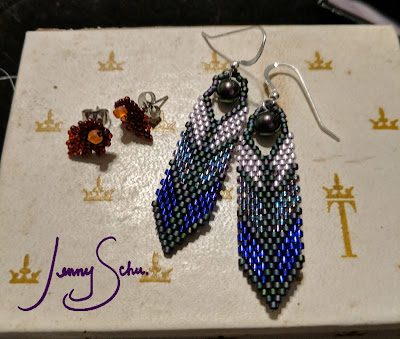